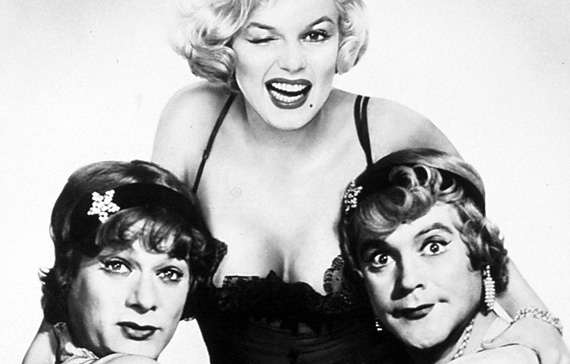 For most men being called a “sissy” is hugely insulting, but to a kinky few this label is a huge turn on. The word “sissy” can be defined as “a person regarded as effeminate or cowardly” and is synonymous with “whimp”, “pussy” and “weak”.

Although on the surface forced feminisation may appear to be similar to, or even the same as cross dressing, the two fetishes are quite different. Cross-dressing involves a man dressing as a woman voluntarily, sometimes even without a sexual motive, whereas forced feminisation is ‘involuntary’.

This transformation will usually come with a change of name, for instance changing John to Joan, or Samuel to Samantha. As a part of the transformation process the sissy may be trained by the Dom(me) to behave like a real lady… kind of like Finishing School! The sissy will be instructed to move, walk and talk like a lady, and any poor behaviour will be corrected with the use of a cane or over-knee spanking.

As a rather extreme form of humiliation the sissy may be forced to go out in public dressed as a prissy girl, demonstrating that ‘she’ is completely owned by her Dom(me).

It is not uncommon for forced feminisation to contain an element of age play; the sissy sub may assume the role of a school girl, or even a female infant. Sometimes sissy role play has its ties with paraphilic infantilism, or autonepiophilia, and the sub will role play being a baby girl or “sissy baby”. In such a role play the Domme would assume more of a mother or carer roll, feeding the sissy baby, burping her and even changing her dirty nappy! A sissy baby would typically wear a pink bonnet and may carry a stuffed animal.

On the flip side there is a fetish known as Autoandrophilia which describes sexual arousal from a women imagining herself as male. Such sexual fantasies may be derived from a desire to be the dominant sexual partner. In Thailand there are ‘guys’ referred to as ‘Toms’, (a derivation of the Western word ‘Tomboy’) who are biologically female but chose to live as a male. Toms will typically date very feminine women and aren’t attracted to another Toms. You could say that a Tom is the opposite of a Ladyboy.

That’s all for this week, have a great weekend x