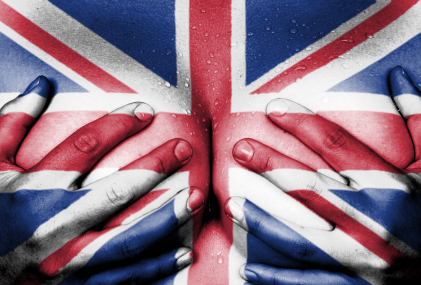 So, what do we Brits really like in the bedroom and are our tastes really all that unusual? Here is a list of five sexual fetishes popular in the UK so you can better understand how the British like it in bed;

Role playing may sound a little tame as far as sexual fetishes go but can actually be a lot of fun once you get into character. As well as being able to let go of your inhibitions and embrace a new persona, you get to dress up in something naughty and see your partner looking equally as hot… and let’s face it, we really do love to see a guy or girl in uniform.

We were doing this way before 50 Shades of Grey shared our naughty secrets with the world – but we Brits know there is a lot more kinky fun to be had than that which made the pages of those books. We’ve been tying each other up, blindfolding and dominating one another for centuries, and we have no plans of stopping anytime soon. You could say that we Brits enjoy BDSM as much as we do a good cup of tea, and if you know anything about keeping your sub in line you’ll have them trained to make tea at the ring of a bell.

Yes we British perverts love a nice pair of feet. Foot fetishism, especially in heterosexual men, is one of the biggest fetishes there is. Although a sexy arch and cute toes may be popular the world over it would seem that foot fetishism is especially common amongst British men. Yes many of the men in our great nation would love nothing more than to give a hot girl a foot massage or suck on her big toe.

Of course the number one sexual fetish for the British has be to spanking – especially over the knee! What a cliché. It’s easy to dream up a spanking fantasy scenario; strict teacher punishing a naughty school girl (in an absurdly short skirt) at an old fashioned wooden desk, or perhaps you prefer femdomme; a rubber-clad mistress humiliating a stressed out London Banker at the end of a long working day.

So if you’re British and have checked every box on this list, maybe it’s time you broadened your horizons and tried something a little more unusual like sploshing, sounding or even Japanese ball busting!

If you know of a fetish which you think is notoriously British but hasn’t made this list then we’d love to hear from you.

Until next week, cheerio old chaps!