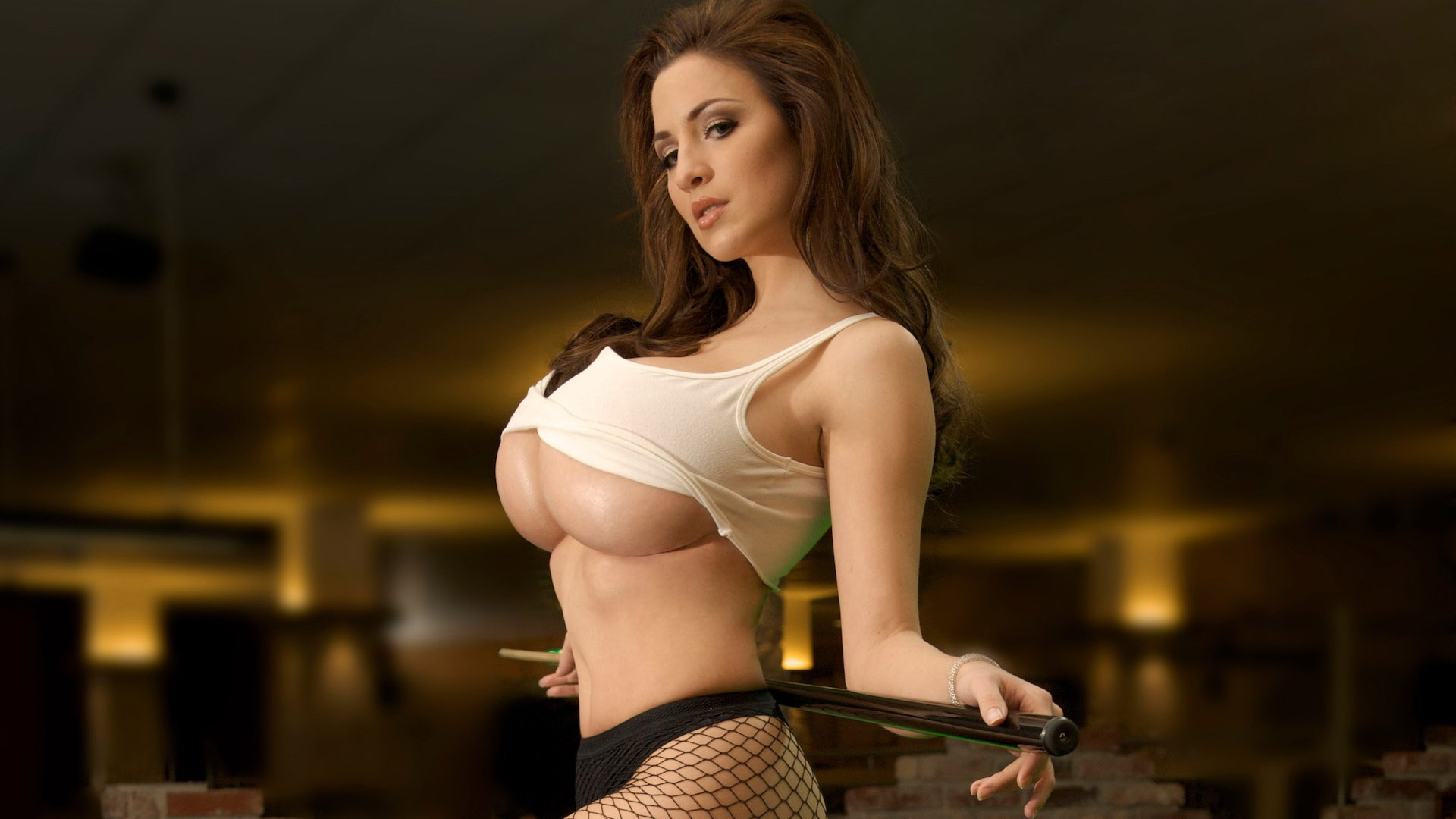 So last night I was lying in bed and on the brink of sleep, when suddenly I was awoken by a shocking realisation – I haven’t written about Big Boobs for Fetish Friday yet! Disgraceful.

Sure, men love tits, but actually it’s not just the men; we’re a culture obsessed with breasts! If you’re on the subway and the girl sitting across from you is wearing a low cut vest and is in possession of a bouncing pair of Double Ds, you’re bound to be looking at them whether you’re male or female.

Boobs, generally speaking, are far too mainstream to be considered a fetish – they’re the first thing you see when turning the front page of your morning paper for crying out loud! But big boobs, and I mean BIG BOOBS, certainly are a fetish.

So what size breasts count as “big boobs” as far as this fetish is concerned? Potentially anything upwards of a Double D cup, but certainly a H cup and above!

When it comes to liking huge tits, there are three main types of big breast fetishist;

If you see a petite woman with absolutely huge breasts, then more than likely she’s had her natural assets enhanced. It’s hard to know for sure how many women globally have had some form of breast enhancement, but estimates range from one to three million! Some of these augmentations will be modest and barely noticeable, where as others will be downright huge!

The title of “world’s largest breast implants” I believe is currently held by a woman called ‘Beshine’ with her 32Z jugs (59” bust measurement). Over the years this German model has opted for several injections to expand her implants, which now weigh a huge 20 pounds each!

To the most of us these women look more scary than sexy, but if you have a fetish for super big boobs and an extra special interest in silicone filled Barbie dolls, then nothing could be better than a night with one of these bouncing babes.

When it comes to huge tits, this guy isn’t a fan of enhanced assets. Maybe it’s the look, maybe it’s the feel, or perhaps it just seems like cheating, but whatever the reason, this guy only likes home grown melons. The world’s biggest natural breasts are the prize possessions of Annie Hawkins-Turner, an American woman with 102ZZZ cup boobs! Her breasts are even bigger than our enhanced record holder.

However, naturally huge breasts on women with petite frames is a pretty rare occurrence, so if you’re lucky enough to find a girl who possesses such gifts, make sure you’re generous with the back massages!

The “show me boobs! Boobs, boobs, boobs – I love tits! Tits in my face now!” Fetishist.

This fetishist cares about nothing but big tits. It doesn’t matter if the chick is slim or voluptuous, young or old, attractive or… not so attractive, as long as she’s got some BIG ASS TITTIES this guy is satisfied. Real or fake, firm or droopy, if her cans are super size and readily available, this guy is having a great time – and we all know who he is amongst our friends!

So if you’ve landed a chick with a wonderfully impressive rack, how can you put those glorious globes to use? Well here are a few ideas;

Oh motorboating, what’s not to love? Whether the act is sexual or strictly comical, there is nothing better that planting your face nose deep in a big pair of squidgy tits and shaking your head from side to side whilst working your mouth like an engine. Some chicks can even motorboat themselves – now there’s a party trick!

So if the hottest sexual act you can perform on a man with a foot fetish is a foot wank – what do you think is the sexiest thing you can do for a guy who lusts after big tits? A tit wank of course!

For the most of us, the tit wank is something which exists only in the world of pornography, but if you’re in possession of genuinely enormous tits (and a big bottle of lubricant***) a tit wank is pretty simple to perform and is sure to make his whole year. If you want to earn some bonus points, get your mouth involved and go for the tit wank, blow job combo!

Completing the task at hand

At the crucial moment a guy has but a few seconds to decide where to finish; facial? Arse? Well, for the guy with the big tits fetish, there is only one place her wants to blow his load!

And on that note, I hope you all have a titillating weekend! X