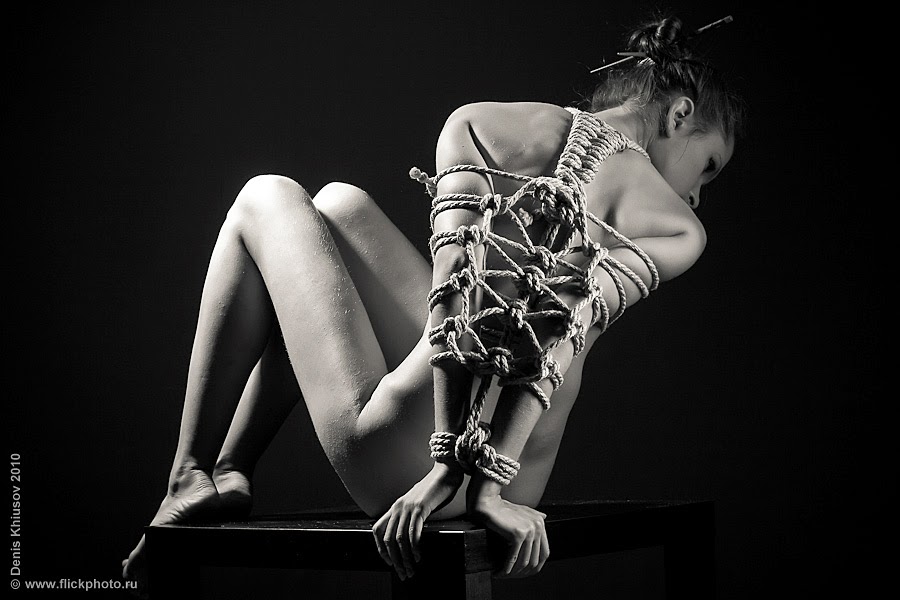 For some though bondage is more than just a precursor to sex or spanking. To the truly devoted, bondage is a work of art and sometimes even a way of life.

Japanese rope bondage is the art of tying a person using several pieces of very thin rope. Kinbaku (緊縛) means “tight binding” and Kinbaku-bi (緊縛美) means “the beauty of tight binding”.  The word Shibari (縛り) is more commonly recognised in the west however, literally meaning “to tie” or “to bind”.

The purpose of Japanese Rope Bondage is to create a certain aesthetic. The binding is performed in a way which adheres to certain rules to create specific patterns. Often the way in which a submissive is bound will force them into an uncomfortable position. However, the experience of being bound is still a pleasurable one.

Japanese Rope Bondage is often used in suspension bondage, creating something even more impressive. The level of skill required when practicing suspension bondage is even greater than in regular kinbaku as the weight of the person has to be evenly distributed throughout the binding so that too much pressure is not placed on any one body part.

Because of its unique style, interesting patterns and explicit nature, Japanese Rope Bondage is sometimes used in contemporary artwork created by bold and daring artists. The physical appeal of the knots is so much so that the binding style has been used to create jewellery, home furnishings and even phone cases!

Outside of the bedroom, dungeon or art studio however, some people like to make rope bondage a part of their everyday life. Karada is the Japanese word for ‘body’ and may be used when describing the Japanese body harness, or, rope dress.

A rope dress (also know as rope web or bondage web) is created by tying rope around the body in a very intricate, web-like manner. A rope dress can include a crotch rope which will stimulate a woman’s clitoris as she walks or fights against the rope. A bondage web can be worn under a woman’s normal clothing without anyone in the outside world knowing her naughty little secret.

Have a great weekend.