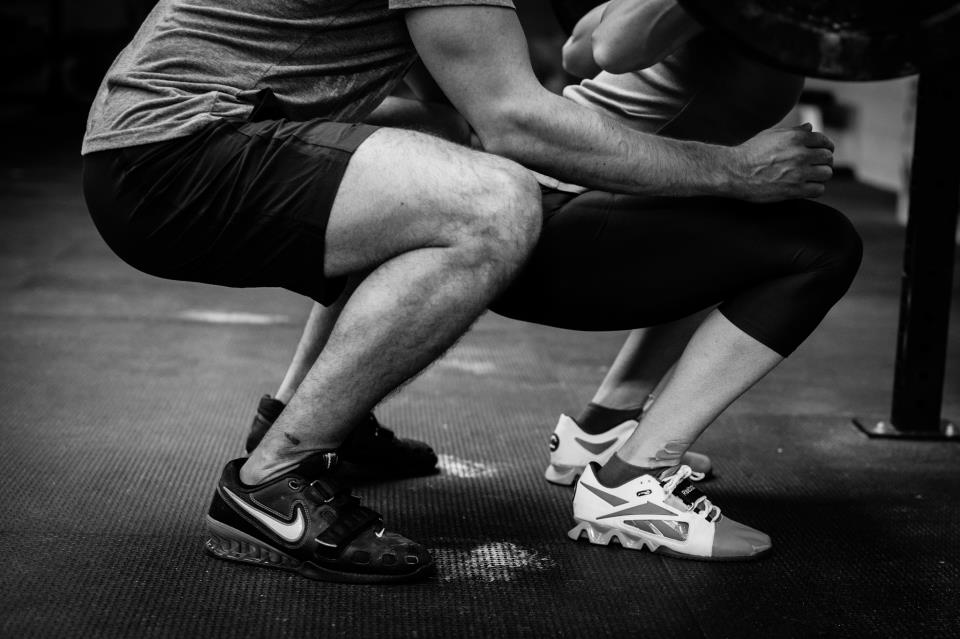 Sex, as far as I’m concerned is exercise; you just don’t notice that you’re working out because you’re having such a good time!

The rush of endorphins released during sex has been shown to relieve pain, so if you’re about to orgasm your body won’t notice that your biceps are on fire or that your thighs are going into spasm.

So, just like in the gym, when having sex there are three main ways you’re going to burn fat and build muscle; weight training, cardiovascular exercise and core stability.

Now I’m not talking about going online and ordering a set of kettlebells, or dragging your brother’s dumbbells in from the garage- your partner’s body and supporting your own body will be the ‘weights’ you use tonight.

Cardiovascular exercise is any form of exercise which increases your heart rate and makes you breathe faster (and eventually burns fat). In the gym you do cardio on the treadmill, cross trainer, exercise bike, etc, but in the bedroom pretty much everything you’re doing is cardio… well, if you’re on top.

Riding, thrusting, rotating, any repetitive physically strenuous movement is getting the blood pumping, as well as working your muscles.

Core stability is simply an exercise which engages your core muscles; usually achieved through holding a strenuous position for a period of time, thus toning your abs and other big muscles like quads, glutes and back. In the gym exercises which initiate core muscles include plank, heavy squats and heavy deadlifts… but in the bedroom a lot of sex positions involve core stability.

The Reverse Cowgirl, much like the regular cowgirl, involves a lot of quad endurance as well as activating the glutes and calves. So whether you’re riding him forwards or backwards, you’re getting a great leg workout. The only difference is that in the reverse you’re activating your core muscles a little more meaning this position is better for toning your abs. The reverse cowgirl is also great for cardio and can leave you breathless in no time.

Doggy Style is a great position for the both of you as he’s able to thrust with brute force (though ideally not straight away) which is great for increasing that heart rate, and you’re engaging your core by having your abs locked in tight and supporting your upper body with your arms.

The Bridge is kind of like doggy style but you’re flipped 180 degrees. Now you’re facing upwards, with a flat back, and supporting your weight on your arms behind you… this is basically the yoga position, but you’re nude and there’s another person involved. Now your core is being engaged much more so than in the doggy style position, you’re strengthening your back and improving your flexibility, all whilst getting closer to orgasmic bliss.

In this Lotus position the man is sitting upright and the woman is sitting on top of him with her legs wrapped around his waist. As well as being a great position for intimacy and kissing, the lotus pose takes a lot of strength and energy on her part to achieve a steady rhythm, so great for upping that heart rate and burning calories.

Standing is a fantastic position for you both is to have sex standing up. The man is using his arms to support your weight, whilst the endurance required holding this stance will activate his core muscles. The woman then needs to use a lot of leg and arm strength to lock onto him, and will also be engaging her core. A difficult one to master, if you can’t quite manage this position right away, she can try putting one leg up on the bed to take some of the weight.

The Wheelbarrow is an amazing position for both him and her as he’s really working his arms by supporting your lower body, and you’re engaging your core as he takes you from behind. You could go a bit ‘village fete’ with this and sprint across the bedroom on your hands… but I don’t really advise it.

The Arch is similar to the bridge position, but you’re giving your arms a rest, you now have your lower back on the bed and your back arches up so your hips meet his groin. He is stood at the foot of the bed supporting your lower body as he thrusts. This position is great for flexibility and will really strengthen your back and tone your glutes, all whilst giving him a great workout.

A clear winner in my opinion, The Squat. He’s lying flat on his back (let’s give him a rest, he has been doing a lot of the support work), you’re stood with a foot either side of his hips, now squat down onto this erect cock and use your leg muscles to ride him like never before. This move should exhaust you in no time so maybe time how long you can go for then aim to better your performance next time.