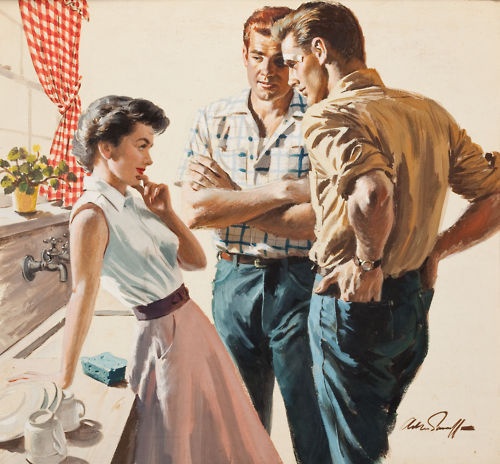 Double penetration is more commonly practiced and spoken about now than ever before. But there are still some of you out there asking the age old question – Why do people enjoy double penetration?

First let’s clarify what double penetration (or DP for short) really is. Quite simply, it means being penetrated two ways at the same time. This technically includes being penetrated orally and vaginally, however that is more commonly referred to as spit roasting (imagine a rotisserie chicken!) What people often shy away from is the idea of taking it in the ass and vagina at the same time.

For the women involved, one of the most common factors that appeals is the feeling of being full up. The sensation of being stretched or filled to the max is something that a lot of women really enjoy. There is also an element of control and domination involved in DP. Some women love the feeling of submitting and give all the control over to the other parties involved. Also, let’s not forget that the ‘forbidden’ or taboo nature of this sex act can be extremely appealing too. The idea that you are being bad or naughty can be hugely erotic for the women and men involved.

The truth is that many people enjoy double penetration, and if you’re having trouble tracking two willing males down, then there are a huge abundance of toys to choose from that will get the job done.