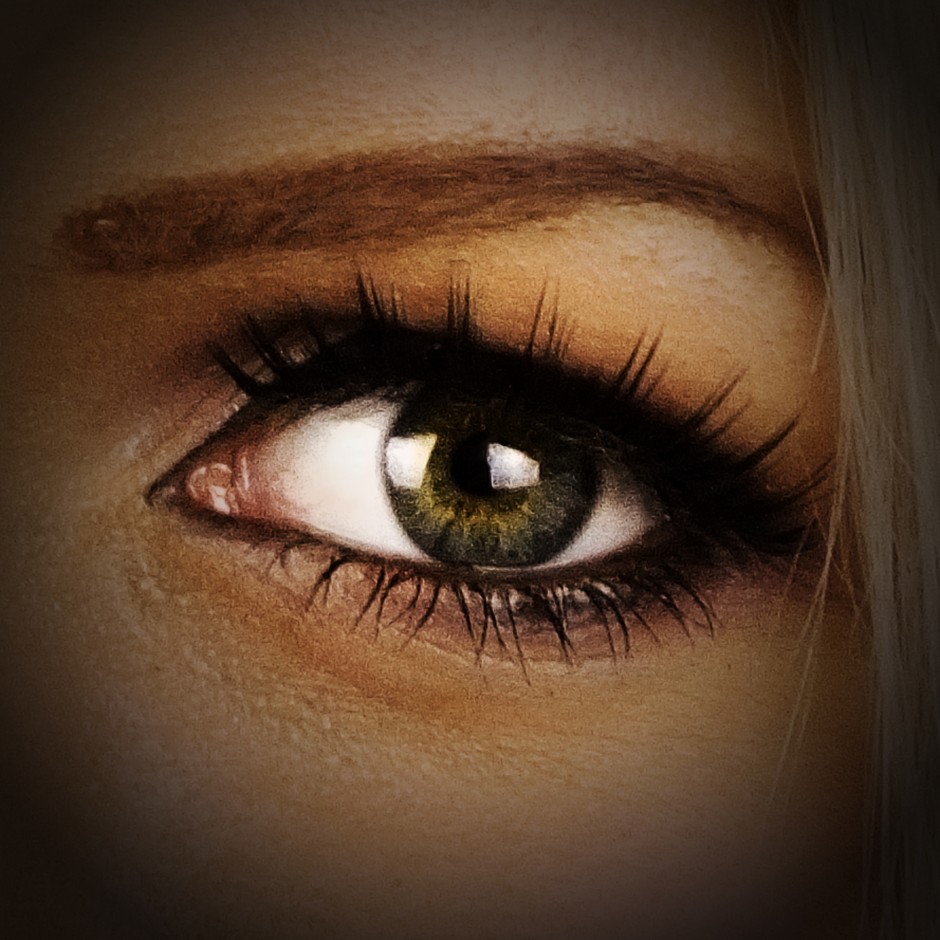 Sometimes the simplest things can have the largest effect, like uttering certain words, or the slightest caressing touch. Eye contact is perhaps the most powerful tool of all, capable of seduction or destruction, and restricting someone’s eye contact, well, that’s just cruel 😉

The sub, first and foremost, should be ‘below’ the Dom(me); be that physically kneeling, stood against the wall or in some other position, the ‘bottom’ should be made to feel lowly and pathetic. The sub may also be nude or wearing a dog collar for further humiliation.

Now to create a feeling of isolation, domination and perhaps even fear; the Dom(me) can restrict the sub’s eye contact, forbidding them to look up thus stripping them of their most powerful sense.

A sub will generally be told to keep their eyes on the floor and most certainly keep their unworthy gaze away from the face of their master or mistress. Being unable to look up makes the sub feel vulnerable, unable to see what’s going on around them and are unaware of what’s about to happen; a spank, a whip or even the pressure of a stiletto heel in the buttocks.

Eye contact restrictions are also a low maintenance affair, you don’t need expensive rubber clothing or a fully kitted out bondage dungeon, you just need your words and your authority.

Some submissives enjoy having their eye contact restricted as it removes pressure and adds an air of mystery. Others just enjoy it as part of domination and humiliation, just as they would being told to drink from a dog bowl on the floor. To obscure even more of your partner’s vision you could use a blindfold, completely removing their ability to see, or a full facial hood to block out even more senses.